Air Pollution Can Cause Alzheimer’s Dementia

One of the defining moments of adulthood is when it comes time to take care of a sick or aging parent. It is truly a difficult moment. There is often conflict between loved ones, a constant questioning of one’s actions, and no shortage of stress over the cost of long term care. It is important to remember though that many (if not most) long term care facilities are committed to a good quality of life for your mom or dad. They look more like high-end resorts than the “old folks homes” of years past. It is in this context we want to present the potential benefit of air purification. As you will learn in this piece, poor air quality has been strongly correlated with Alzheimer’s Dementia. Improving that air quality has been shown to dramatically reduce it. So, if you find yourself in the unfortunate position of having to move an elderly parent to a long term care facility please consider the potential benefit clear indoor air can have on their quality of life. 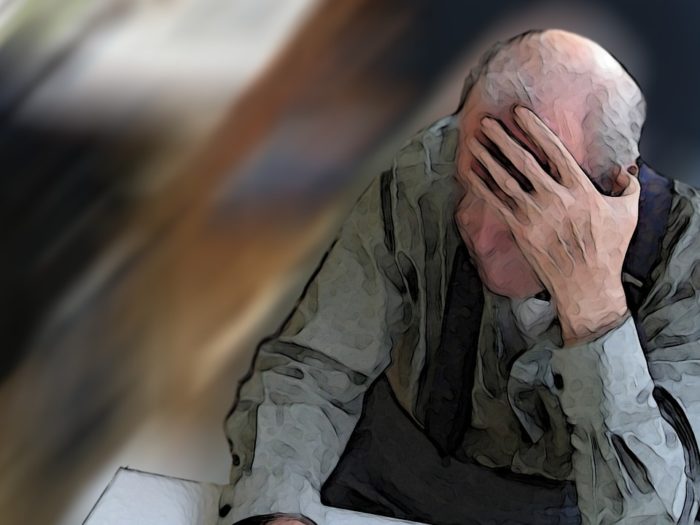 The research behind the claim

In 2017, three researchers at Arizona State University read the work of Aaron Reuben at Mother Jones. Aaron was exploring the connection between air pollution and dementia. Inspired by this narrative, Kelly Bishop, Nicolai Kuminoff, and Jonathan Ketcham decided to dig a little deeper. Their study connected EPA air quality data with fifteen years of Medicare records for 6.9 million Americans over the age of sixty-five. They attempted to separate this population into those exposed to bad air quality and those who are not. What made the study so successful was that in 2005 the EPA cited 132 counties across the country for air quality that fell below nationally mandated thresholds. These counties, therefore, worked to dramatically improve the situation. In doing so, they created lots of new data points to compare with other regions who were not having to make the same efforts. So, the question became: Would deliberate attempts to manipulate air quality for the better reduce the incidence of Dementia? Previous studies had failed in this regard. They were limited to examining what occurred naturally. For example, heavy rain can dramatically reduce the presence of particulate matter outdoors. Conditions can also be altered by wind patterns and proximity to economic activity. These variables are difficult to control for and can create misleading results. Bishop, Kuminoff, and Ketcham’s study did indeed verify the connection between poor air quality and Dementia. They found that in the 132 counties with rapidly increasing air quality, seniors developed Dementia at substantially lower rates than those who lived in places without air quality improvements. They also noted that exposure to one more microgram of particulate matter was the equivalent of nearly three years of natural aging. To put this in context, one microgram is a sufficiently small amount of pollution to be the difference from one neighborhood to the next. The authors further noted that this put poor air quality on par with hypertension and heart disease as drivers of Dementia. The change in air quality standards in these 132 counties likely resulted in 140,000 fewer cases of Dementia, with an economic benefit of over $160 billion.

Researchers across many disciplines continue the work and look to further establish the connection between poor air quality and Dementia. The proxy for air quality used in most of these studies is particulate matter. Often this is described as PM 2.5 or PM 10. This means fine dust and other air pollution inputs (nitrogenous compounds, VOCs, etc) that are less than 2.5 microns and 10 microns respectively in diameter. This is too small to see, and the presence of particulate matter must be verified using very sensitive, very costly meters. While there are inexpensive alternative meters now being sold on the internet, the sensitivity of such meters is questionable. As previously noted, a single microgram (one-millionth of a gram) can make a substantial difference with regard to health outcomes.

Where the pollution comes from, and how it harms seniors 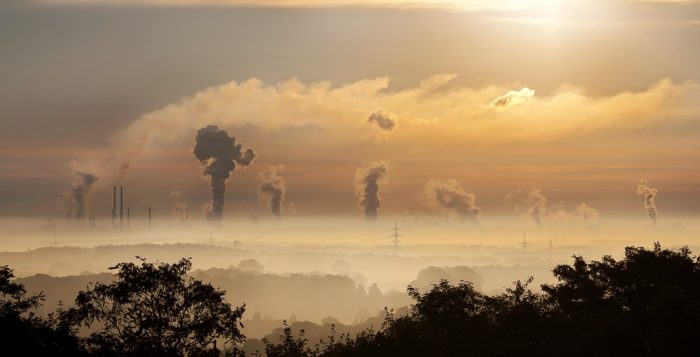 There are many sources of particulate matter. Some of them are natural or quasi-natural like Volcanoes or forest fires. Others are manmade. Common causes of particulate matter in populated areas are vehicles, power plants, and industrial activities. When the particulate matter is inhaled it becomes embedded within the lungs, and then enters the bloodstream. Once in the bloodstream, the body reacts to the particulate matter as it would any hostile invader, and initiates an immune response. The objective is to trap, contain, and remove the invading particle. However, with constant exposure, there is a predictable hyperimmune response. This can further induce other immune responses throughout the body and has been connected to neurodegeneration. This hyperimmune response was demonstrated to create Alzheimer’s plaques in mice in a 2017 study conducted by Dr. Caleb Finch a gerontologist with The University of Southern California’s Air Pollution and Brain Disease research network. While the specific mechanism of causation remains unclear, Dr. Finch was quoted in a follow-up Mother Jones article as saying “I have no hesitation whatsoever to say that air pollution causes dementia.”

The unfortunate drawback to these and other studies relating air pollution to brain disease is that the focus is on the outdoors. This is also the focus on any legislative or regulatory attempt to control air pollution. What gets left out in these efforts is the indoors. And, this is no small thing. The EPA has noted that indoor air pollution is two to five times worse indoors than out. The reason for this is the way an HVAC system works. The typical air handler in a home, office, or public space has a fresh air replacement rate of only thirty percent. This makes it easy for particulate from the outdoors to accumulate indoors and limits the exhaustion of indoor sources of air pollution (stoves, fireplaces, carpets, finishes, etc). Given the significance a single microgram of particulate has, this is very troublesome. While it is clearly a threat to anyone, seniors are a higher risk group. They spend more time in indoor settings, are less active, and closer to the onset of Dementia.

Again, no one loves being in the position of having to tell a respected parent they are no longer able to live on their own. It is probably one of the most stressful moments of anyone’s life. However, it is something that most of us will have to face with courage. When the time comes, we have a special responsibility to make sure that their time in a long term care facility is as pleasant and meaningful as possible. Credible research has linked air pollution to Alzheimer’s Dementia. Air pollution is more prevalent inside than out. And, seniors spend more time indoors. So, it is our responsibility to look for proven indoor air sanitization methods that will diminish the likelihood of a parent developing Dementia.